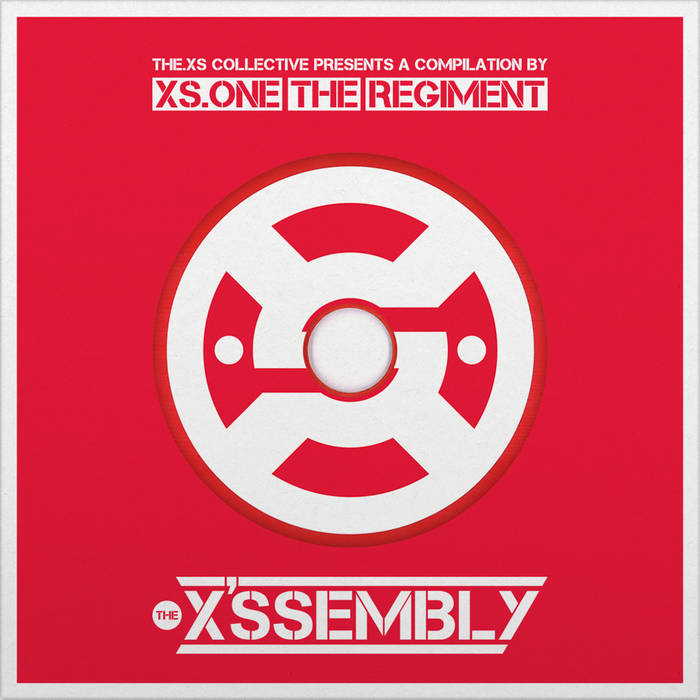 The.XS Collective presents "THE X’SSEMBLY" is a music compilation by XS.One The Regiment. The artistic congregation re-assembles a diversified stable of X'Scape Artists from The.XS Collective.

The cinematic audio experience transports listeners into a musical journey of beats & rhymes. Explore the heart, mind and soul of each rhymesayer through the personification of their art.

Following in the tradition of rap posse cuts, the track "Lion City Axe Gang" serves as the crew's anthem in “THE X'SSEMBLY". While displaying technical dexterities of street poetry with each distinctive voice and style, the kinship of the crew often resonates in unison to the beats.

Back in 2007, the regiment's first compilation entitled "School for X'Scape Artists" introduced a lineup of rhymesayers and beatsmiths that produced a brand of guerilla-styled hiphop music and videos that have since paved the way for more independent releases and projects from the camp. As each artist paved their own lane according to their respective vision, collectively the music evolved to be more diverse yet true to form and still maintaining an essence of cohesion. The evolution, progress and maturity of the sound and different personalities are clearly manifested in “THE X'SSEMBLY", which marks as the third installation in a series of compilation albums by XS.One The Regiment following "The Orientation" (2010).

Operating more as a fellowship equipped with the DIY spirit and ethos that drives independent movements, The.XS Collective remains as one of the longest running rap coalition in the Singapore Hip-Hop scene.

“THE X’SSEMBLY" is available across various digital music platforms from 19 January 2019. Limited Edition CDs, Cassettes & USB-drives are also produced for those who still appreciate tangible formats of music.

Bandcamp Daily  your guide to the world of Bandcamp

Featured sounds by K.Spark and WIZDUMB, plus Basi joins the show to discuss his latest release.